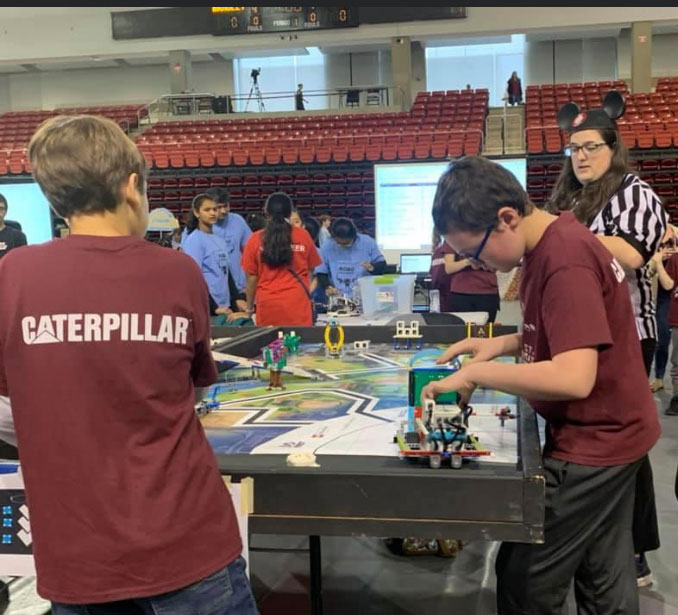 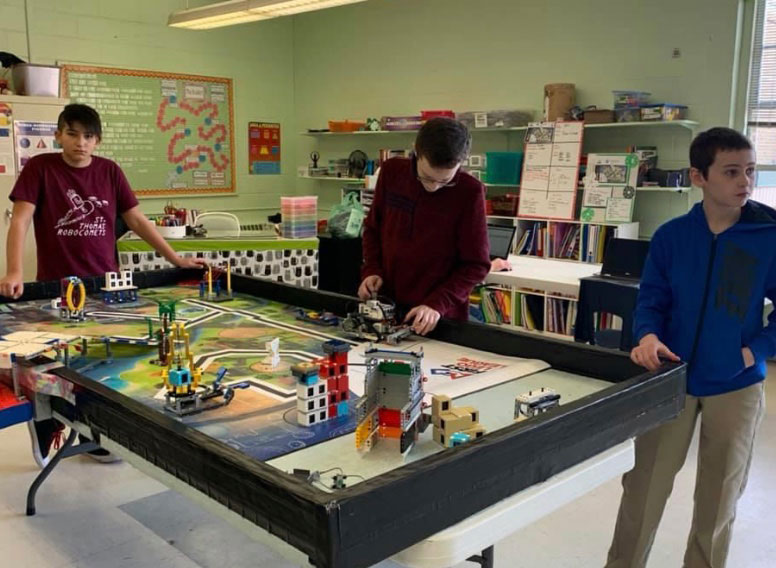 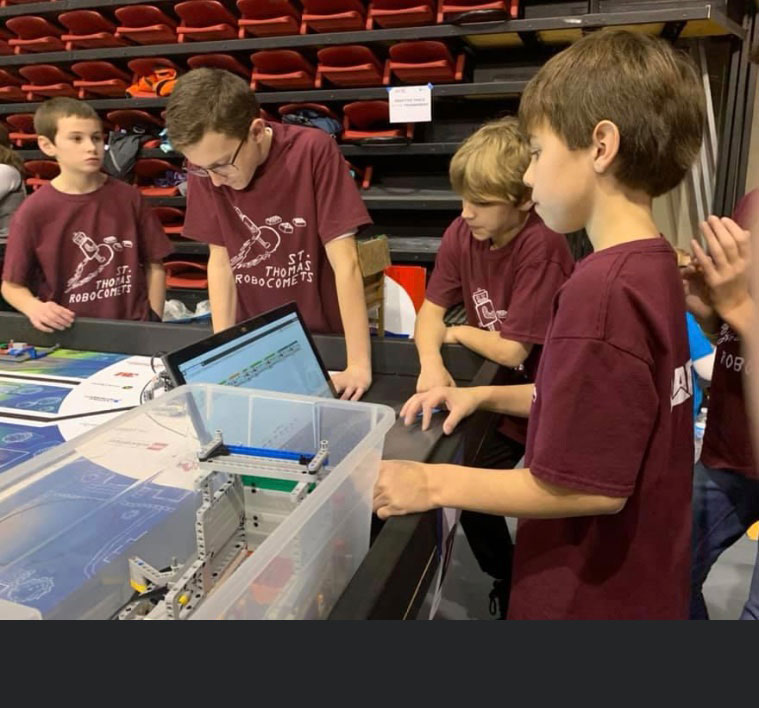 Each year FIRST LEGO League releases a Challenge, which is based on a real-world scientific topic.

Each Challenge has three parts: the Robot Game, the Project, and the Core Values. Teams of up to ten children, with at least one adult coach, participate in the Challenge by programming an autonomous robot to score points on a themed playing field (Robot Game), developing a solution to a problem they have identified (Project), all guided by the FIRST LEGO League Core Values. Teams may then attend an official tournament, hosted by our FIRST LEGO League Partners.

Past Challenges have been based on topics such as nanotechnology, climate, quality of life for the handicapped population, and transportation. By designing our Challenges around such topics, participants are exposed to potential career paths within a chosen Challenge topic, in addition to solidifying the STEM (Science, Technology, Engineering, and Math) principles that naturally come from participating in the program. Team members also learn valuable life and employment skills which will benefit them no matter which career path they choose.

Shop for everyone on your gift list this holiday at smile.amazon.com/ch/37-0662587 and Amazon donates to St. Thomas the Apostle Church.